Patrick A. Reilly, President and Half Owner

Patrick has been a practicing NY attorney for nearly 40 years and is now in a private civil practice. Before Hardscrabble, he had run 3 other theater companies on Long Island, beginning at the tender age of 19, as well as acting in and doing most tech work in theater for 50 years. He directed the Hardscrabble production of What the Butler Saw in 2018, acted in Hardscrabble’s Moon Over Buffalo, and performed in and directed its gender bender cabaret night, both in 2019.  Patrick is still thrilled by live theater and is pleased to be a small part of invigorating the Farmingdale community.  He hopes to see Hardscrabble become as venerable a community institution as St. Thomas Episcopal Church, its gracious

Virginia holds a B.A. degree in Theatre Arts from North Texas University. More recently she has studied acting at the Sandi Shurin Acting Studio in N.Y.C. No stranger to regional and community theatre, Virginia has performed in plays on Long Island for many years. In addition to acting she also enjoys working backstage whenever needed. Virginia is honored to serve as a board member at Hardscrabble Theater. She believes that the talent it attracts and the quality of its productions provide an important contribution to live theatre on Long Island.

We are a fellowship of actors, artists and technicians dedicated to providing a platform for local talent to thrive and bringing quality live theater to Long Island. We are interested in anyone interested in getting involved.

John worked forty-year career for JPMorganChase and IBM as an information technology manager and earned a BS and master's in management. Before joining the Hardscrabble Theater Board, he sat on the board of directors at CM Performing Arts Center Regional Theater. John is the founder and executive director of the SEE Saw Comedy Troupe and of the Whizbang Boomer Podcast. He has acted and directed in Hardscrabble productions including appearing in the first ever Hardscrabble production of Arsenic and Old Lace.  John is excited to bring his management and theatrical skills to Hardscrabble. He believes that there is no performance art like live theater and looks forward to seeing Hardscrabble Theatre thrive and grow to benefit the community we serve. 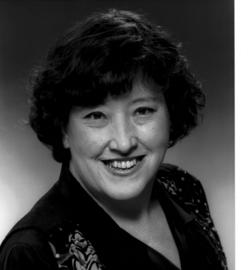 Hardscrabble is a not for profit organization and thus we do accept donations to support our mission.

If you are interested in becoming a benefactor, you can contact us at info@hardscrabbletheater.com and we can call you or meet with you to discuss your donation and how we would allocate it.

In addition to dollars, we are often in need of lighting, sound, and other theater related equipment.

Thank you for your consideration.

Note, at this time, donations to Hardscrabble are not tax deductible. 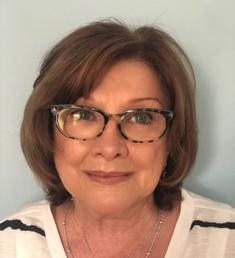 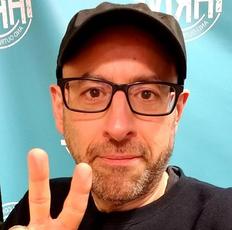 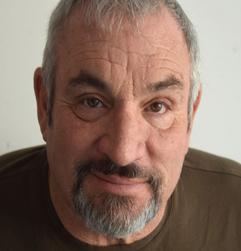 Joe DiPietro and Eva Dolan launched Hardscrabble Theater in 2017. For the past five years he has been involved with Long Island theater as an actor, producer and set builder. He is dedicated to maintaining Hardscrabble Theater’s reputation as an open, inclusive environment for our audiences, performers, and artists near and far 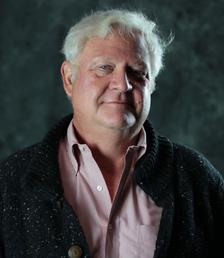 While with Lantern Theatre, for nye on forty years, Kathryn directed and designed numerous shows, among them, Born Yesterday, The Foreigner, Don’t Dress for Dinner, The Curious Savage, No Sex Please, We’re British, Moon Over Buffalo, The Last Night of Ballyhoo, Thurber’s Carnival and Twentieth Century. She appeared in Miss Reardon Drinks a Little, Cactus Flower, The Sisters Rosensweig, Agnes of God, The Importance of Being Ernest, and the Female Odd Couple, among others. Kathryn is happy to have joined a new and exciting Theatre company, and looks forward to contributing her many talents to the growth and ongoing success of Hardscrabble Theater.